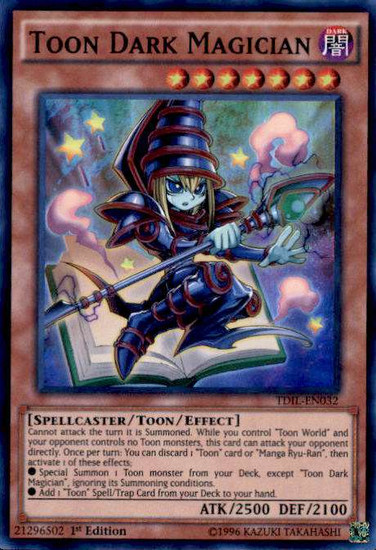 Dark. Spellcaster/Toon/Effect. 7. Cannot attack the turn it is Summoned. While you control "Toon World" and your opponent controls no Toon monsters, this card can attack your opponent directly. Once per turn: You can discard 1 "Toon" card or "Manga Ryu-Ran", then activate 1 of these effects; Special Summon 1 Toon monster from your Deck, except "Toon Dark Magician", ignoring its Summoning conditions. Add 1 "Toon" Spell/Trap Card from your Deck to your hand.
tdilen032
643690252764
138520
Out of Stock
New