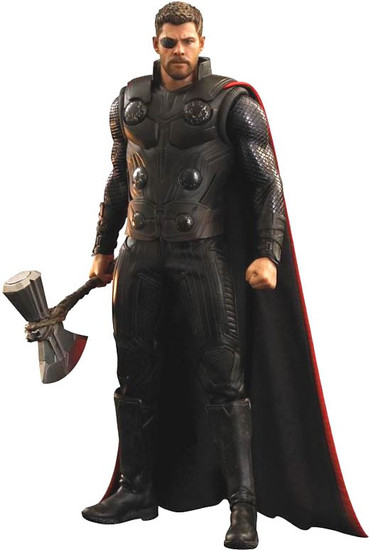 The war between Avengers and villainous Thanos will finally hit the silver screen this upcoming May in Avengers: Infinity War. Superheroes will join force to fight Thanos, while the fate of the Earth and the Universe hangs in the balance! Fans around the world will witness the mighty God of Thunder to find himself confronting the unstoppable Thanos! Today, Hot Toys is pleased to officially introduce the 1/6th scale Thor collectible figure from Avengers: Infinity War!