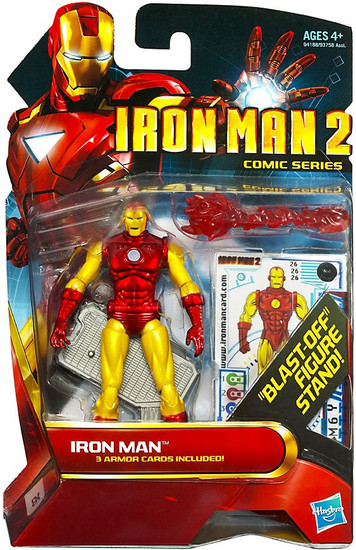 By the time he joined the Avengers, Tony Stark had already modified the Iron Man armor several times. This version incorporated the latest in transistor and magnetic repulsor technology, and even allowed Iron Man to fly!
Prepare to save the world, with a will of steel and a suit of iron! Throw your Iron Man figure right into the middle of the action this hero has more than enough power to defeat any sinister opponents. When youve got the worst of the worst evil-doers in your sights, use your blast-off figure stand accessory to soar into the skies and go after them. There isnt a bad guy in the world that can match the might of you and your Iron Man figure!
Figure comes with blast-off figure stand accessory, three Armor Cards and display stand.
classicarmorironman
653569478522
118387
Out of Stock
New