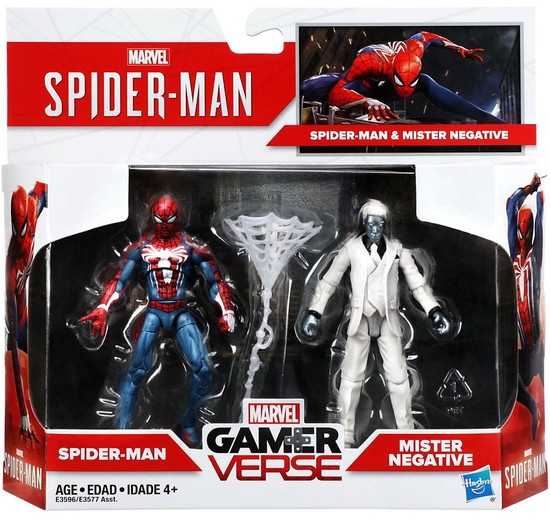 After learning that with great power there must also come great responsibility, Peter Parker becomes the crime-fighting super hero called the Amazing Spider-Man. The web crawler takes to the streets of the Big Apple to face villains like Mister Negative, the ruthless gang leader of the Inner Demons and one of the most dangerous threats to ever sweep through the city. Imagine the web-slinging action of the Marvels Spider-Man video game with this Marvel Gamerverse 3.75 inch 2-pack of figures, featuring game-inspired design and character-inspired accessories.
Inspired by Marvels Spider-Man video game
Character-inspired accessory
Collect other Marvel Gamerverse figures (Each sold separately)
Includes 2 figures and accessory.
Figure scale: 3.75 inches.
spidermanmenegative
630509719075
262706
Out of Stock
New