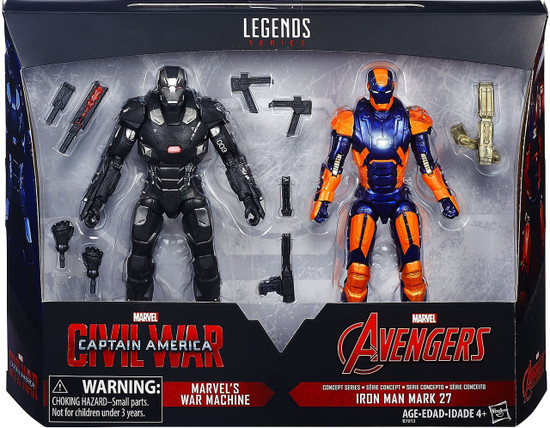 Stark Technologies highest tech, heaviest duty heroes are ready for battle. The matchless Iron Man Mark 27 armor can blend into its surroundings with its astonishing camouflage abilities. Marvels intimidating War Machine thrashes adversaries with his relentless battle baton, leaving a trail of defeated foes in his wake. Together, this pair is invincible.
The Legends 2 Pack boasts an Iron Man Mark 27 armor figure and Marvels War Machine figure. These movie-inspired designs look great and evoke the edgy tech look of Marvel Universe movies. The 2 figures are fortified with 8 separate accessories to add to the action.
warmark27
630509438884
138369
Out of Stock
New