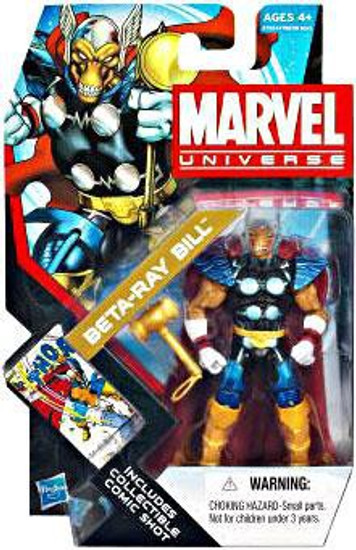 From the smoldering wreckage of his home world, BETA-RAY BILL was cast off a survivor chosen to find a new planet for his fellow Korbinites. He soon encountered THOR and after a brief but honorable skirmish, emerged victorious. So impressed was ODIN that he rewarded the Korbinite with the battle hammer known as Stormbreaker. With this mighty weapon of virtue, BETA-RAY BILL became a true threat to the galaxys darkest evils!
Bring a truly virtuous hero into your evil-fighting adventures with this incredible BETA-RAY BILL figure! Hes detailed to look just like the hero who fights at THORs side, and hes ready to take on whatever you throw at him!
Get a collectible comic shot along with your BETA-RAY BILL figure. Hes one tough hero, so send him into battle after battle! Figure comes with collectible comic shot. Series 4 011 BETA-RAY BILL.
WARNING: CHOKING HAZARD Small parts. Not for children under 3 years. Ages 4 and up.
mu18betaraybill
653569665786
121689
In Stock
New