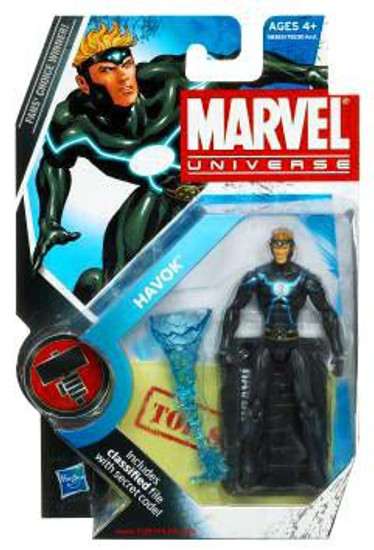 Separated from his brother Scott who would eventually grow into the mutant Cyclops and cut off from his own powers by Mr. Sinister, Alex Summers grew up ignorant of his mutant heritage. As a result, he wasnt trained in the use of his powers until late in life. He has since overcome that obstacle and turned into a powerful hero in his own right, leading a team of mutant adventurers into deep space against the insane despot Vulcan.

Intricately detailed down to the last muscle, this articulated Havok action figure is ready to fight! Send him into battle with his power blast accessory to fight for the fate of the world or leave him posed for action on his display stand as a warning against evil-doers everywhere!