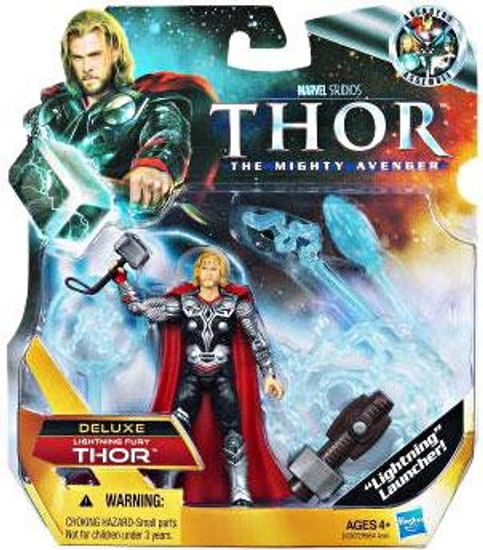 THOR uses his mighty hammer to unleash powerful blasts of lightning upon those who threaten Asgard. Enemies of THOR bewarehis hammer does much more than crush and smash!

Even the most powerful fighters will have a hard time defeating you and your Deluxe Lighting Fury THOR figure! When the bad guys try to take you on, engage them in hand-to-hand combat with your powerful figure. Then, when theyre least expecting it, make your figure launch his lightning! With that kind of firepower, your victory is almost certain!
Figure comes with lightning launcher accessory.
thormovies2deluxethor
653569597582
119494
Out of Stock
New