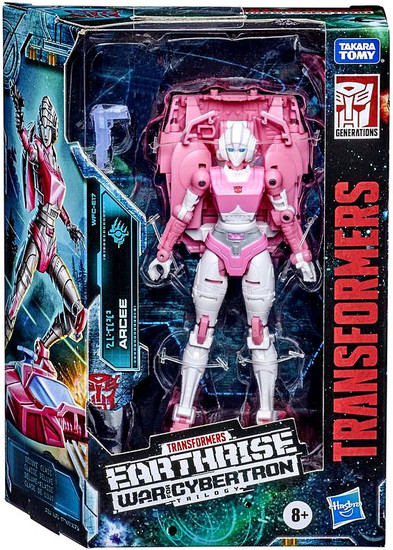 The siege is over, but the War for Cybertron has just begun. The Autobots and Decepticons have left Cybertron, but their battle rages on as they hurtle through space in pursuit of the Allspark. With unforeseen dangers lurking ahead and the Decepticons closing in from behind, the only way out for the Autobots is to find a way through. Both sides must navigate the perils of space and instantly adapt to battle anywhere in the cosmos.

With the highly advanced A.I.R. (Adaptable Interconnection Retrofitter) Locks system, the fighters dont head to the battlefield -- they become it. Bots capable of converting into Modular Battle Stations can A.I.R.-Lock together in custom configurations to fit the needs of battle.

As the battle rages through space, success depends on who can best adapt to the battlefield beyond. But it's not just the battlefield that commands adaptability. Allegiances can shift just as rapidly, with a new Mercenary faction introduced into the Earthrise world alongside the Autobots and Decepticons.
tfwfcdeluxearcee
5010993648641
322988
In Stock
New