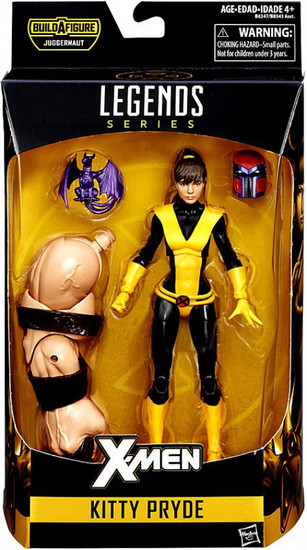 Build Juggernaut action figure with this X-Men Legends series!
With her ability to elude attacks by making herself intangible, Katherine Kitty Pryde is an expert of defense.
With the Marvel Legends Series, both kid and adult Marvel fans can start a legendary collection of comic- and movie-based Marvel characters. This 6-inch Kitty Pryde figure is highly articulated and features a comic-inspired design, making it another epic addition to the Marvel Legends Series.
mlkittypride
630509448791
132716
Out of Stock
New