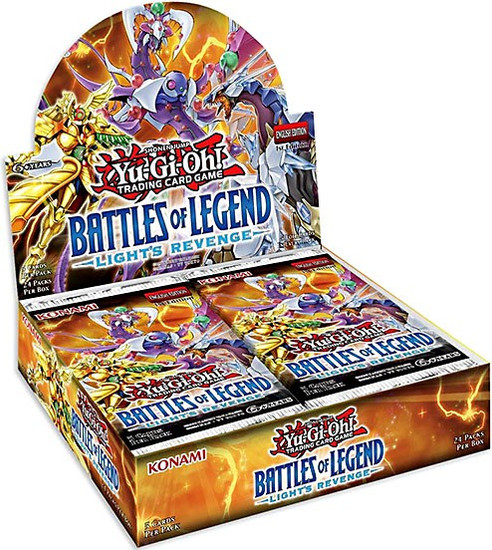 The greatest Duels in history dont just happen on TV they also happen everywhere you go to Duel. The Battles of Legend Lights Revenge special booster set brings cards from climactic Duels seen in multiple Yu-Gi-Oh! animated TV series to print for the very first time and combines them with championship-winning cards from real life!
Previously only available to those who finished at the top of the leaderboards in high-level competitions, Minerva, the Exalted Lightsworn makes her first public appearance since 2016, just in time for the return of Lightsworn in Code of the Duelist!
The Lancers incursion into the Fusion Dimension was nearly stopped short byGladiator Beasts! The GX-era tournament powerhouse became a powerhouse as well in the Yu-Gi-Oh! ARC-V animated TV series. New Gladiator Beast cards give this well-loved Deck a spark of modern day energy.
Synchro and Xyz Monsters that have carried tons of Duelists to the top of the bracket rise again!
Yuseis Duel to save the future nearly went wrong due to Z-ones imposing and indestructible Timelords! Master these monsters from an alternative future and you can rewind pieces of your opponents Deck while draining away their Life Points.

In addition, youll find new cards from Yu-Gi-Oh! GX that can enhance the Dinosmashers Fury Structure Deck, new D/D/D monsters to revamp the Pendulum Domination Structure Deck, and even new Destiny HEROes and Abyss Actors that are compatible with the cards from Destiny Soldiers.