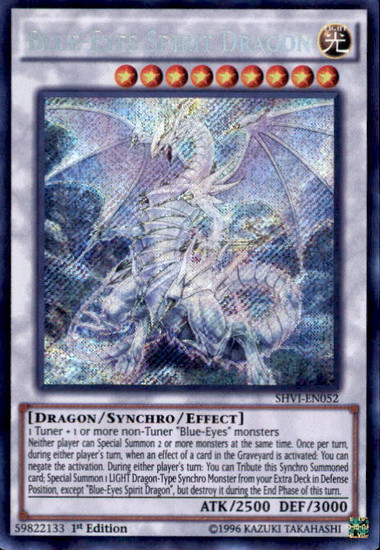 Light. Dragon/Synchro/Effect. 9. 2500/3000. 1 Tuner + 1 or more non-Tuner "Blue-Eyes" monstersNeither player can Special Summon 2 or more monsters at the same time. Once per turn, during either player's turn, when an effect of a card in the Graveyard is activated: You can negate the activation. During either player's turn: You can Tribute this Synchro Summoned card; Special Summon 1 LIGHT Dragon-Type Synchro Monster from your Extra Deck in Defense Position, except "Blue-Eyes Spirit Dragon", but destroy it during the End Phase of this turn.
shvien052
643690224198
131321
Out of Stock
New