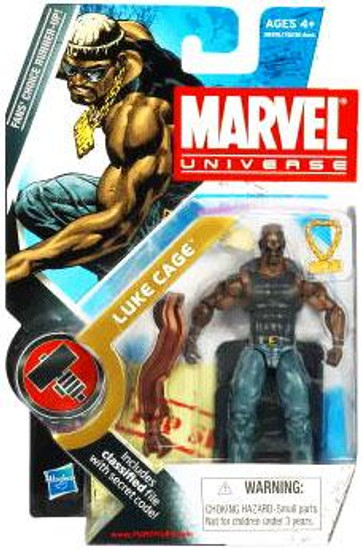 Its been a long time since Luke Cage went by the name Power Man, and a lot has changed. Hes gone from being an independent operator, making money with his powers, to a leadership role in the Avengers. There was a time when his bulletproof skin and super strength made him impulsive and short-tempered, but his recent responsibilities force him to think of others first before he acts.

Intricately detailed down to the last muscle, this articulated Luke Cage action figure is ready to fight! Send him into combat with his accessories to battle it out for the fate of the world or leave him posed for action on his stand as a warning against evil-doers everywhere!