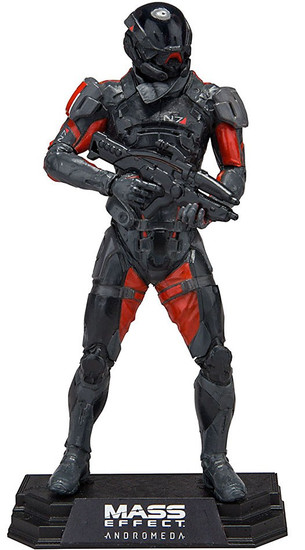 Developed by BioWare and published by Electronic Arts, Mass Effect: Andromeda is the newest chapter in the Mass Effect series, and gives players the freedom to chart their own course through space, leading the first humans in Andromeda on a desperate search for a new home.
This 7" Scott Ryder figure joins the Green Wave of the McFarlane Color Tops Collector lineup, and the look from the video game has been translated into a spectacular 3D figure. Scott Ryder features multiple articulation points and comes with his primary Avenger AAX5 Assault Rifle, an alternate helmetless head, and a stylized Mass Effct: Andromeda display base.
120134
787926120134
146565
Out of Stock
New