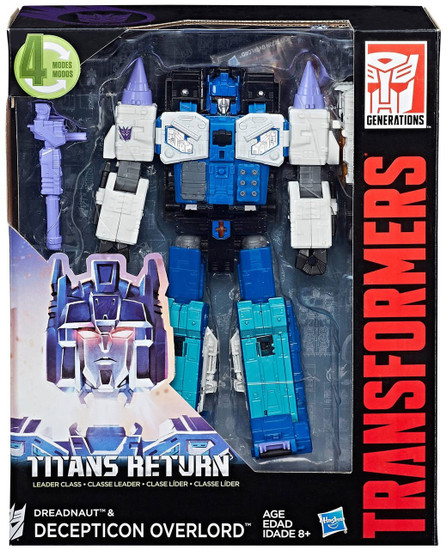 In Titans Return, the Autobots and Decepticons unite with Titan Masters, small bots that carry a power boost. Titan Masters are key to controlling an ancient race of warriors the size of cities: the Titans.