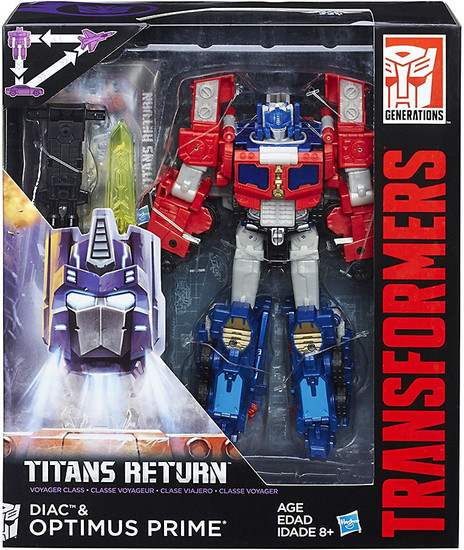 The Transformers battle explodes into uncharted territory when the Titans Return! To control an ancient race of giant, city-sized warriors -- the Titans -- the Autobots and Decepticons must harness the power of Titan Masters, smaller bots that give bigger bots increased abilities in battle. Join the battle with Transformers Generations Titans Return figures!
Sentinel Prime has returned. One of the most powerful warriors who has ever lived, the former Autobot leader looks to impose his will on a universe that sits on the edge of full-blown war. The Titan Master Autobot Infinitus gives Sentinel Prime temporary invincibility by shielding him with a forcefield.