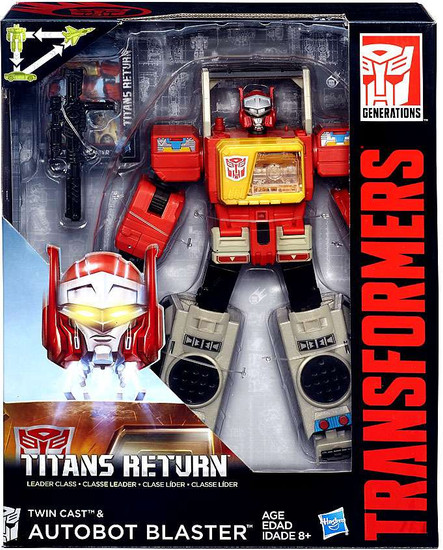 The Titan Master Twin Cast figure converts from robot to head and back in 1 step. When the Autobot Blaster figure is in city mode, the Twin Cast figure fits inside. Also includes a pulse rifle accessory and a collectible character card with tech specs.
leaderblaster
630509385775
129131
Out of Stock
New