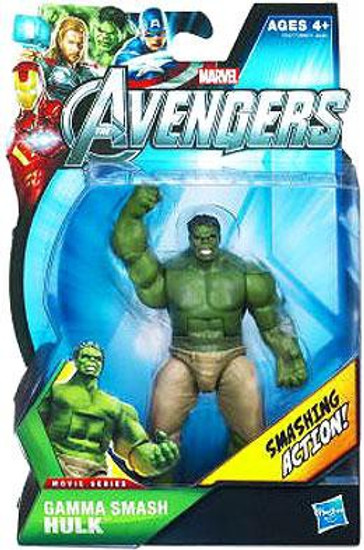 Though the HULK is only barely in control of the vast power that boils within his massive body, he is usually able to direct it against the proper target. His rage - and his strength - know no bounds. So beware all those who stand against the AVENGERS: When you face the HULK, you face fury incarnate.

This detailed HULK figure puts you right into the heart of the battle for the future of the planet. He won't back down in the starkest of circumstances. He is poised to dish out the HULK smash attack with his powerful fists and watch his opponent suffer a "crushing" defeat.
gammasmashhulk
653569710028
207229
In Stock
New