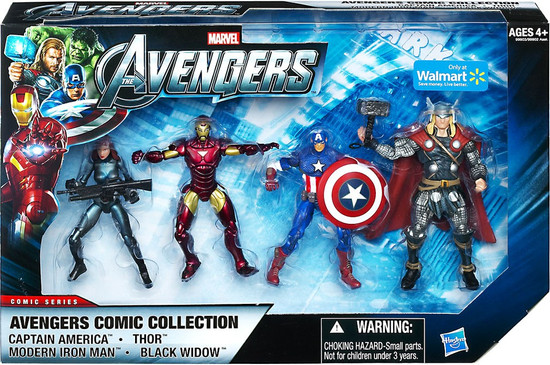 Faced with the most powerful threats in the universe, no single hero stands a chance, no matter how mighty he is. The AVENGERS formed to deal with just such threats. The unstoppable team of heroes has faced down the most deadly dangers that this or any other reality can generate. From mad Titans to capricious cosmic beings, nothing can stand against the AVENGERS!
Villains, be warned! From your CAPTAIN AMERICA figures mighty shield to the IRON MAN heros repulsor blast, this team is undefeatable. Bring on the THOR figures mighty Mjolnir and the BLACK WIDOW heroines assault weapon. Are these heroes as invincible as they appear? Only you can decide!
Four figures come with accessories.
WARNING: CHOKING HAZARD Small parts. Not for children under 3 years.
avengers4packthor
653569738558
121630
Out of Stock
New