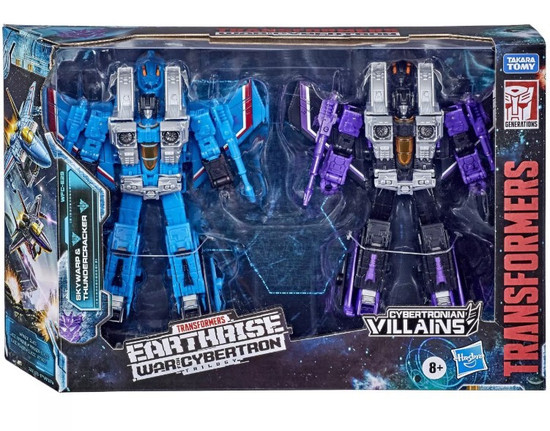 Earthrise collectible figures allows fans to build out epic space battle scenes, featuring figures that can convert into Modular Battle Station modes and connect together to expand the battlefield (each sold separately, subject to availability).

Decepticon Seekers, Skywarp and Thundercracker, convert into classic G1 jet modes in 30 steps and come with 4 weapon accessories. Fans can add to their Seeker army collections!

Includes: 2 figures, 4 accessories, and instructions.
Figure scale: 7 inches
Ages 8 and up
Warning: Choking Hazard - Small parts. Not for children under 3 years.
skywarpthundercraker
5010993697762
333862
Out of Stock
New